Our dear, sweet “Buttercup” has been living in our garage for about a year now.

She just kind of hangs out by the Coke machine.  BAAAA Dump Dump PING!

When my friend Lenny sent me a text that he had found something at the Disabled American Veteran’s thrift store that I absolutely had to have……I was curious. He lives in Lubbock where odd-ball things are somehow more likely to turn up in thrift stores. He usually knows my style, and when he sent me a picture of a severed cow head…I knew that he was right.

Those long lashes, and an oddly placed stringy wig. One ear barely hanging on and a split upper lip.

I knew that she needed me as much as I needed her.

I thought that she might be a Longhorn – but she was “NO-horn”.

Because she had been stripped of her horns. The indignity.

We have been searching for a reasonably priced new set since we got her.

Last week at the Forth Worth Stock Show…..I found my both.

Sure the mounted sets were expensive, and y’all know how cheap I am. But then I saw my box.

Maybe. Just maybe there was a set.

What do ya think? Looks like a set to me.

Animal horns are made from the same keratin proteins that human finger/toe nails are made up of. So the same way a person’s nails are softer after a hot shower, horns are also slightly more pliable.

Didn’t expect a little biology/anatomy lesson to be casually slipped in there? Did ya?

After a warm soak, I slid them over the wooden “Frankenstein’s Monster” nubs on her temples.

Then I reused the tiny little screws, I had removed from the nubs earlier, right through the horn to hold them in place. I drilled pilot holes first (yes, they are that soft) carefull not to tighten too much and crack the horn.

I put the screws as close to her hair-line as I could, and covered them with white nail polish…….that we, just, (clears throat), happened to have around the house.

What do ya think? 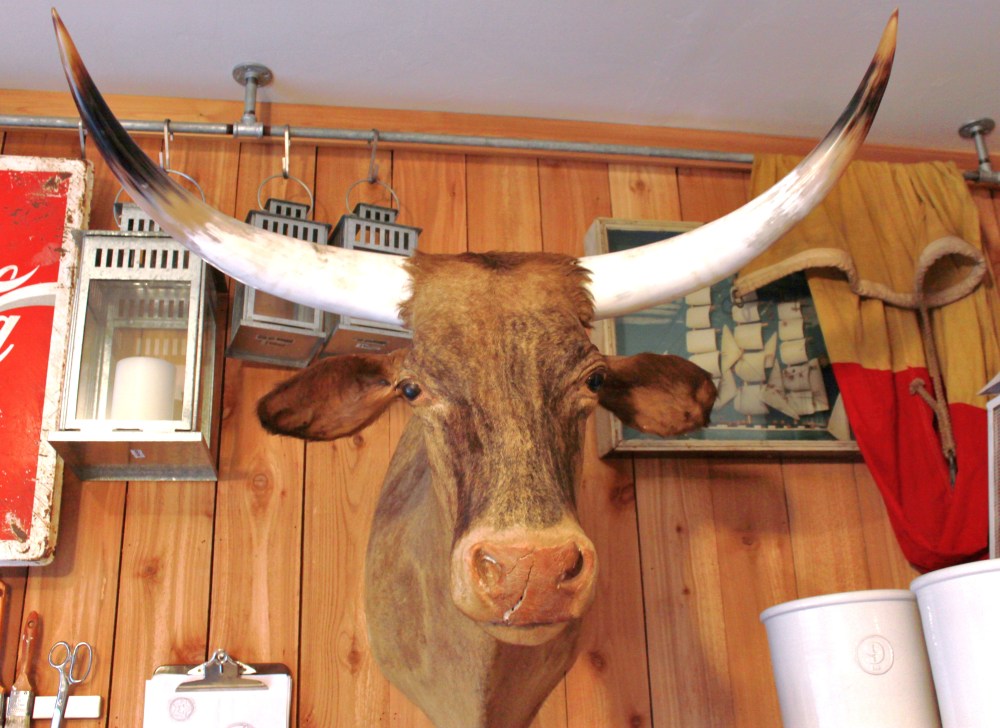 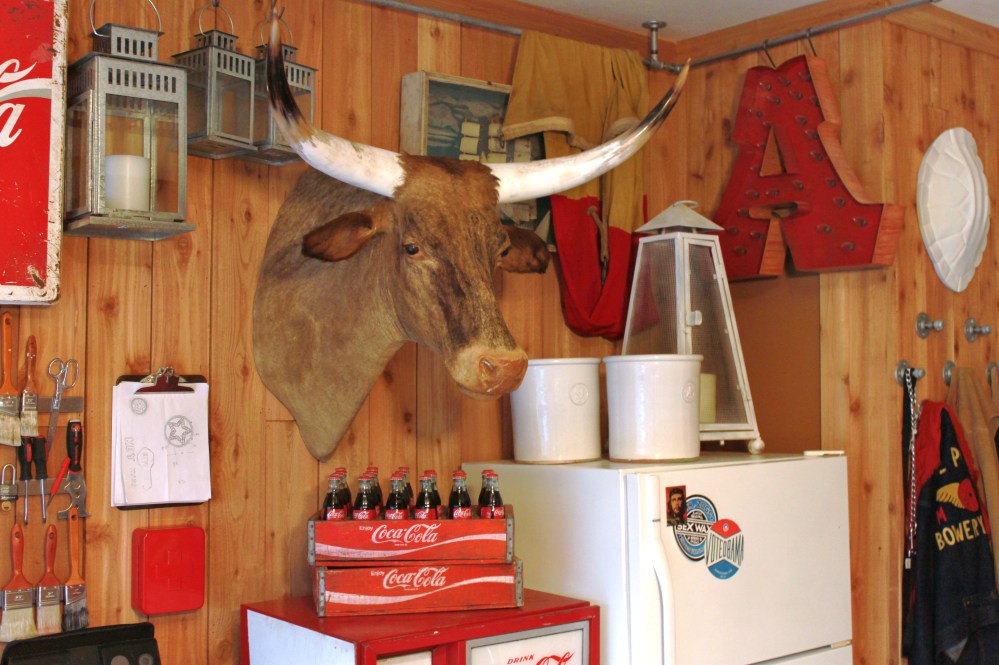 We think that she looks tons more dignified now.

and maybe…smiling, just a little bit.

Yes, she is still a severed cow head with a split lip,

but she is darn lucky to have us.

16 comments on “Buttercup Finds Her Horns”