So, last summer I got an email from a super nice guy on the other side of the globe in Seoul, South Korea.

Cho Kyungkyu. This is him. 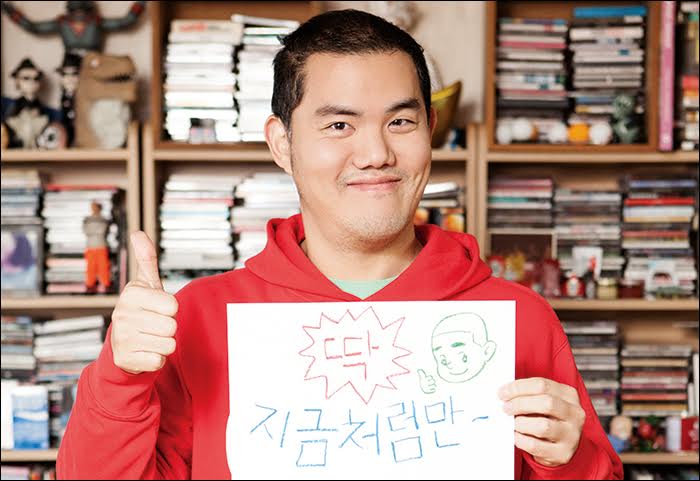 I get a lot of emails from readers, usually praising my talents -you’re welcome, but Cho was looking for permission to use a few pictures from our Texas State Fair day for a graphic novel he was writing.

His book series, Omurice Jamjam (Korean for “I Love Food”), is a graphic depiction of food from around the world. It’s pretty popular, just Google. He was drawing/writing the 7th issue and currently working on a section about the cult following of corny dogs. Which led him to us. Naturally.

After reading about how much he loves Texas BBQ and the films of Robert Rodriguez, how could I say no? I love being a part of pop culture, and would much rather share pictures with actual people and not just greedy magazines looking for free content.

Then I just kinda forgot about it. People are always contacting me for the use of my pictures – most recently for a textbook on haunted objects – and I rarely ever hear anything from them again.

But just this past week…… a box from South Korea arrived.

With a signed Omurice Jamjam #7 book for each of us.

Check out the awesome double-paged spread we got…

You can tell we’re eating in the United States because;

Now people all over South Korea will be saying, “Look how much garbage those fat Americans ate!”….That’s the first thing I thought. HA!

And as an added thank you, Cho also threw in a handful of pretty tasty South Korean food treats. Somehow, he got the idea that we aren’t afraid of sugar/sodium. Hmmmm 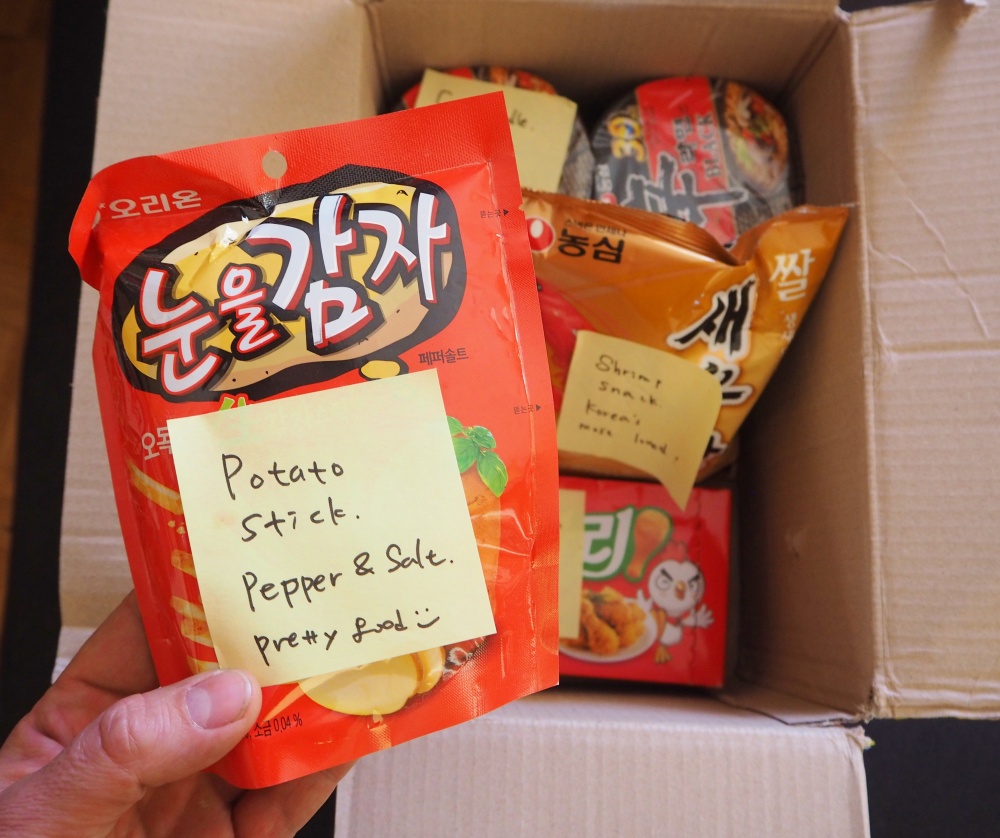 Cho even took the time to label each snack with a post-it.

He was just way too sweet. We were honestly flattered just to be a part of his wonderful book series. 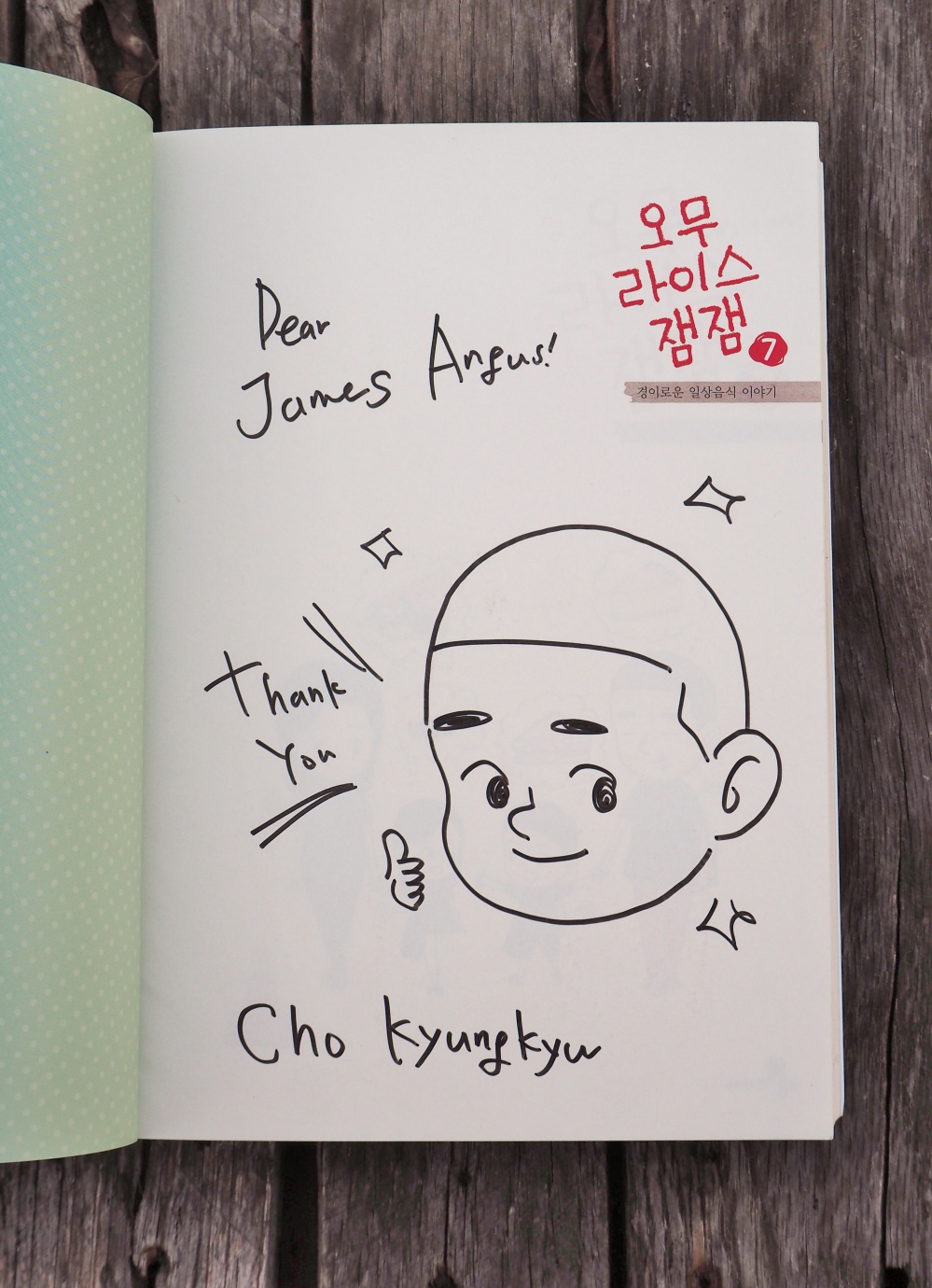