German seamstress Margarete Steiff contracted polio as a baby and was forced to use a wheelchair most of her life.

In her spare time she began making stuffed elephant pin cushions for her friends from a pattern she had found in a magazine. When she saw children playing with her stuffed elephants, she decided to try her hand at making other stuffed animals and the Steiff Company was born. She designed all the prototypes herself and insisted on only using quality materials; wood shaving stuffing, mohair bodies and glass eyes.

The company motto, “Only the best is good enough for children”.

That was in 1880. Today, Steiff animals are still made almost entirely by hand.

It was Margarete’s nephew Richard who suggested that the Steiff company make its most important contribution to the world.

She was hesitant, but made one anyway. Until that point, they had made mostly dogs, cats, monkeys, mice, and pigs. Steiff bears were a tremendous hit and in 1907 alone the company made almost a million of them.

Her nephew Franz devised the brass button to distinguish genuine Steiff animals from the slew of fakes that were flooding the market.

In case you didn’t know, the Teddy Bear owes its name to our 26th U.S. president, Theodore “Teddy” Roosevelt.

While on a hunting trip in Mississippi, after the President failed to make a kill, his hosts tied a bear cub to a tree and presented it to him to shoot.

The President refused to shoot such an easy target. He was quoted as saying, “Spare the Bear.”

This action was immortalised in a Washington Post cartoon.

Companies immediately began to make stuffed bears to commemorate the act, but it was the Steiff bears that were the most popular.

In the early 90’s, Ralph Lauren’s design team was struggling to find a birthday gift for the man who truly had everything. One of the tailors suggested they dress a Teddy Bear as a Ralph Lauren model; grey flannel trousers, an oxford shirt, and a cashmere sweater. Naturally, they used a Steiff bear.

So much so, that he partnered with the Steiff company to sell the “Preppy” bears in his stores in a limited run of 5,000.

They were a huge success, and launched a whole line of sweaters, hats, t-shirts and even dishes with the bear image. Several more bears followed; a cowboy, a Russian girl, a collegiate, a bohemian, a sailor, bears in suits, and even a formal bear in a tuxedo with a white waistcoat.

I was lucky enough to snag one of these RL Steiff bears; in jeans, a chambray shirt and a hand-knit American flag sweater….. 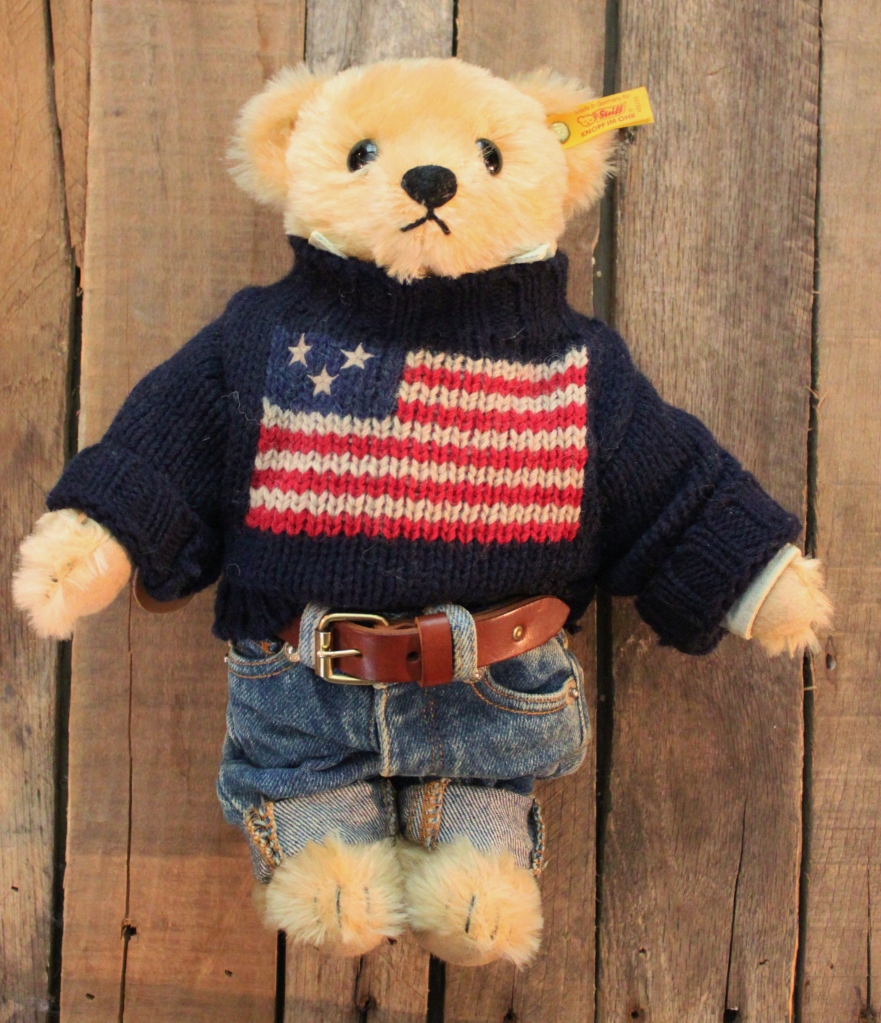 Here’s a shot of that Steiff ear tag. 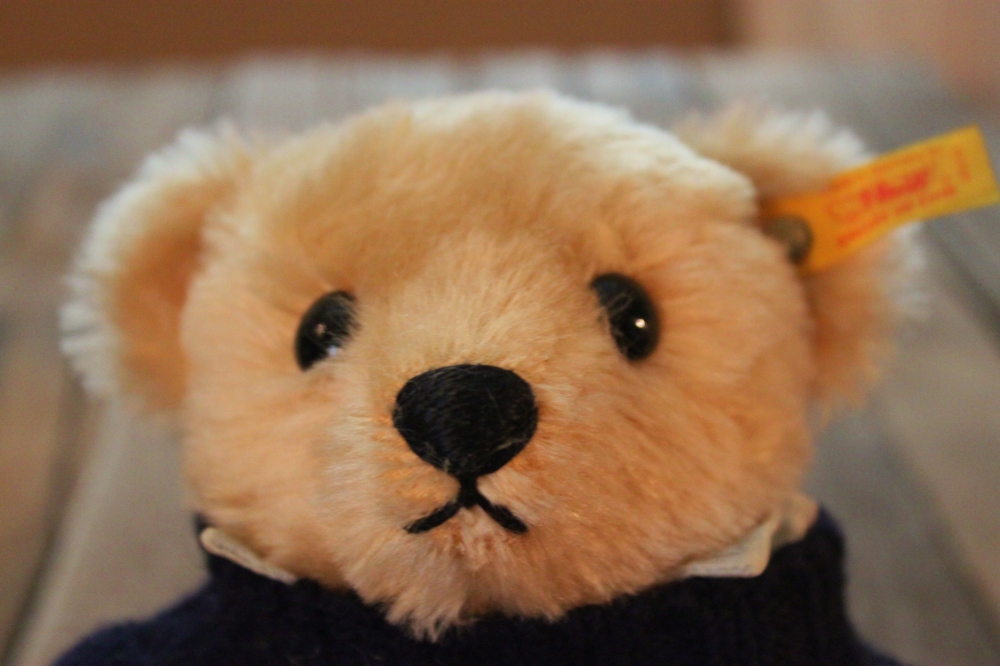 Just one bear so far,

But ya never know…….