Greetings From The American Southwest

I collect a lot of things, but the bestest things to collect are cheap, underappreciated art forms,

Long before email, postcards were the favored form of communication in the 19th century, but they didn’t have pictures until 20th century printing processes made them possible to produce economically.

The “Golden Era” of linen postcards is considered from the 1930’s through the early 60’s. Not actually made of linen, these postcards were printed on a cardstock with a high rag content making them more permeable to the bright saturated inks. It’s the rough linen-like texture that gave these cards their name.

A lot of collectors prefer the linen postcards of the Curt Teich company. They were known for the highest quality cards with the best colors and a striking creative flair. In the Curt Teich artist’s visions – buildings, monuments, and landscapes appeared even more beautiful and colorful than they were in real life. Daytime skies were always the brightest of blues and grass the greenest of green. Even desert scenes, normally greys and tans, were filled with intense oranges, browns and reds.

Somewhere along the production line, a Very wise artist had a vision to incorporate several monuments of a locale onto one postcard. Each sight of interest would be drawn inside a letter from the name of said location (following me so far?)…with a “Greetings From” heading hovering over the top. These are refered to by collectors (deltiologists, BTW) as “Large Letter” postcards.

I have a couple of hundred.

I thought I would focus on postcards from my favorite locale…the American Southwest. 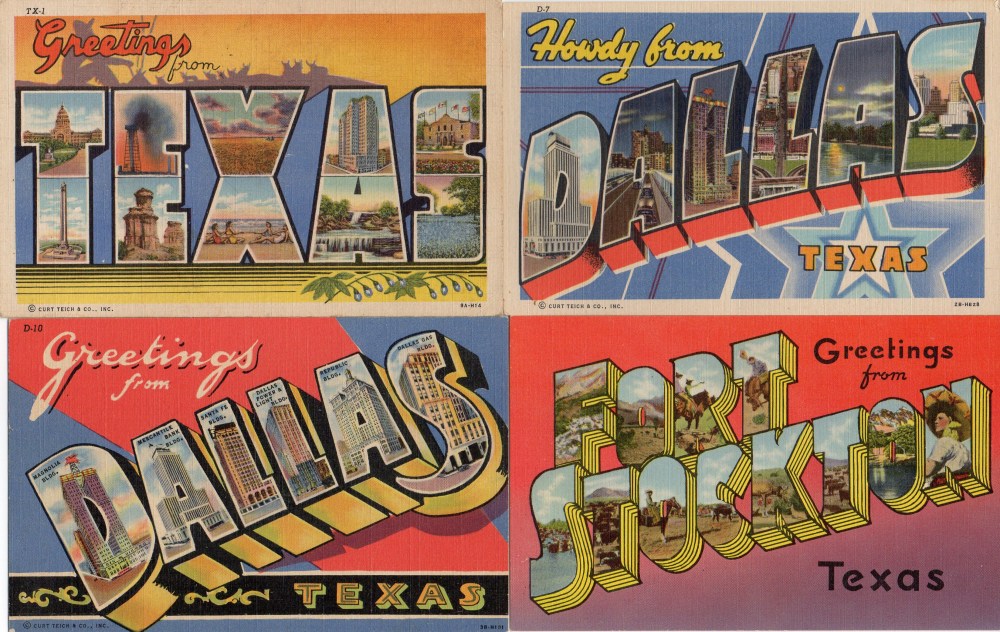 New Mexico is another of my favorite states…. 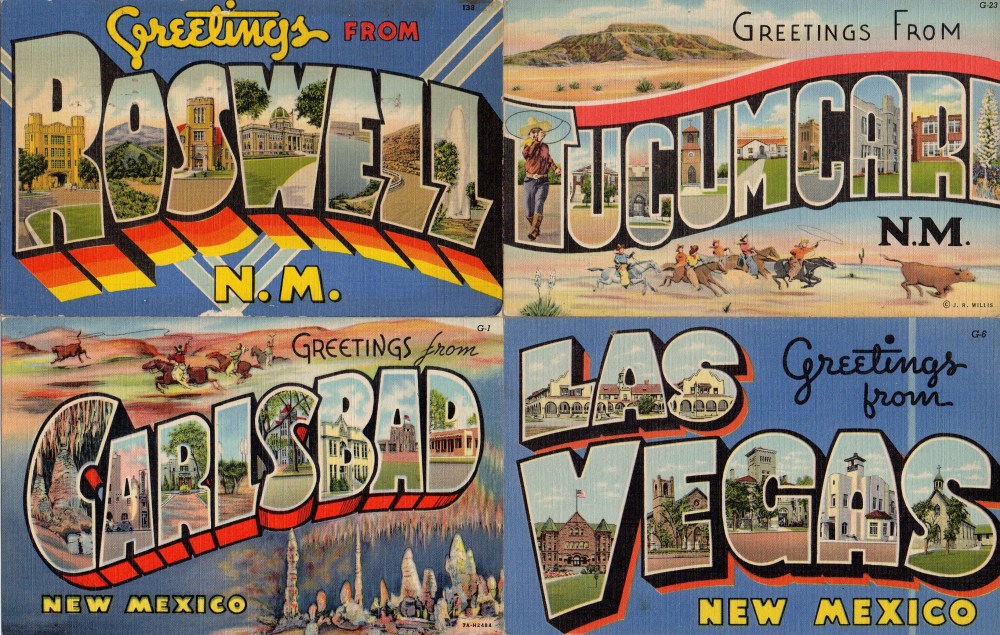 How cool is this University of New Mexico card with the vintage looking football players?

Here are just a few more favorites from my collection… 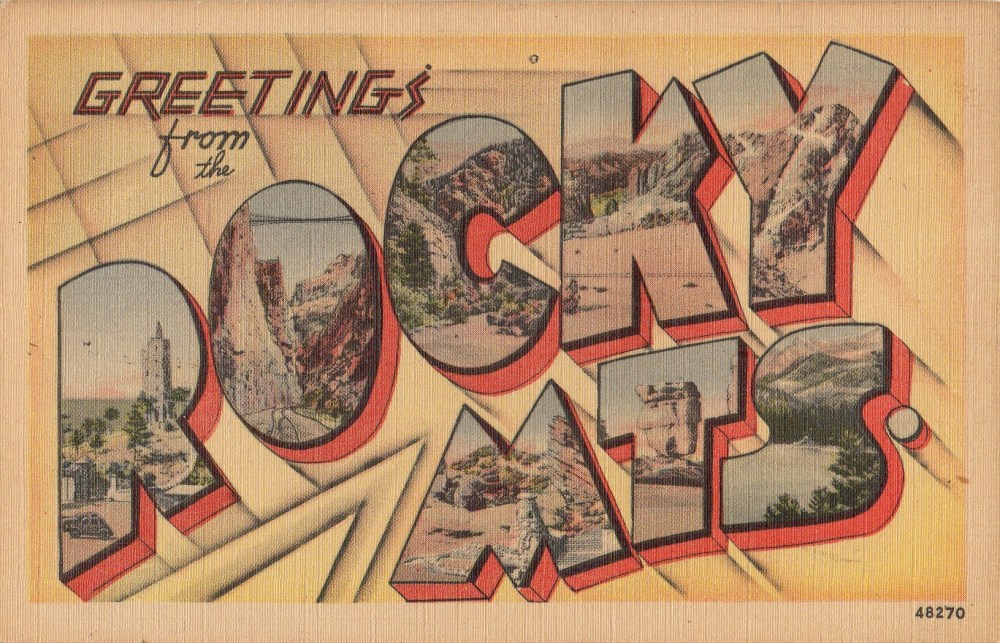 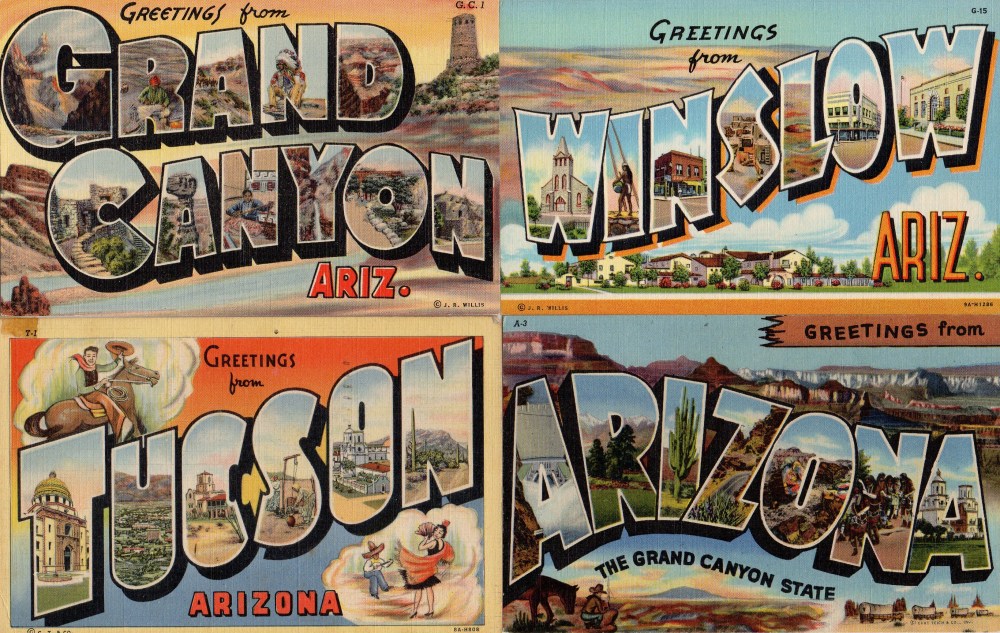 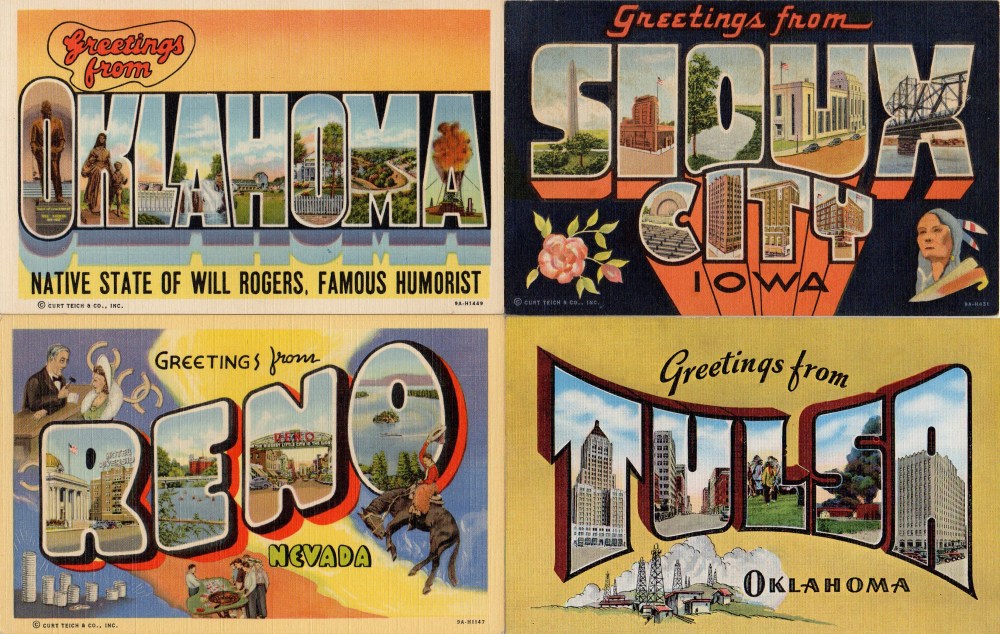 I think this one is my absolute favorite, and that’s a hard call to call. 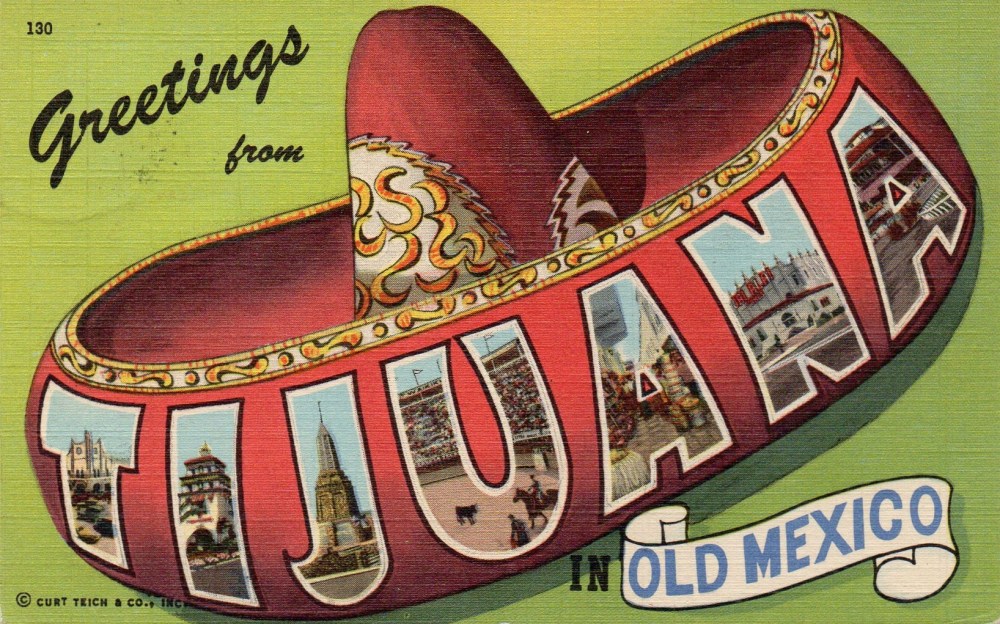 Technically not part of the American Southwest, but I’m just crazy about that sombrero.

It almost makes Tijuana look like a place where you would actually want to spend a vacation.