This is one of the Pinterest projects that I’ve wanted to try for a couple of years now.

Hot glueing candy on a styrofoam wreath? What could be easier?

I started with a 5 pound bag of Starlight Peppermints from Amazon. (I used about half of that for one wreath) 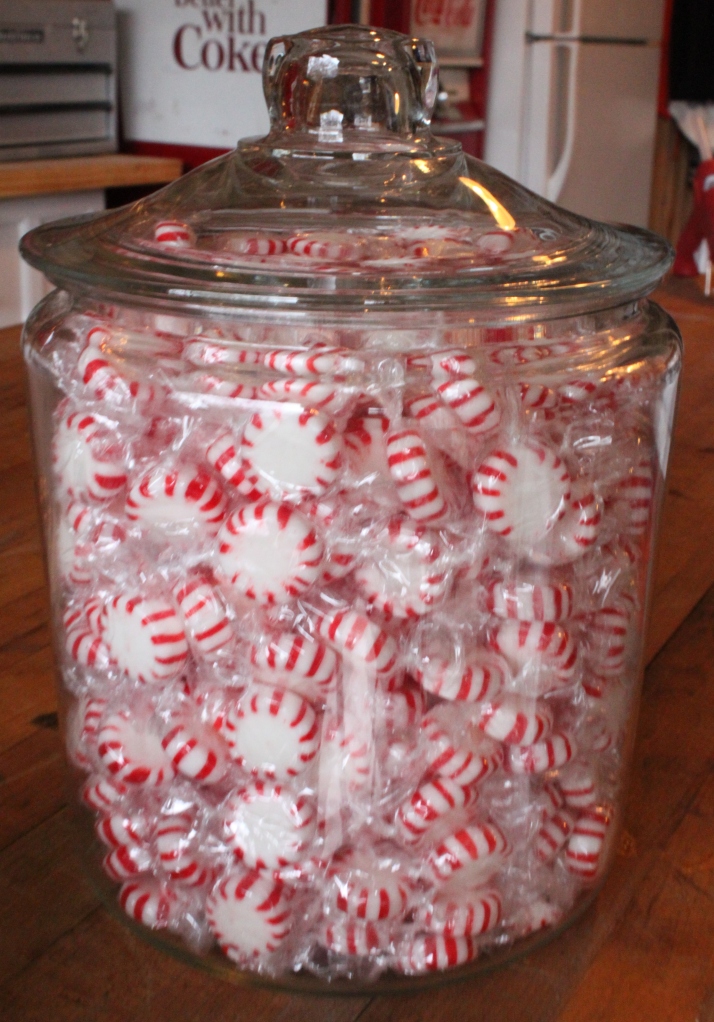 The white styrofoam wreath I picked up from the craft store. This one is a 16 inch circle. I thnk it was about 6 bucks.

I started by glueing on the top ring of mints first.

I tried to keep the mints as close together as I could.

I added the next mints as close to the first as possible.

Don’t worry about spacing. It’s impossible to do this perfectly.

Let go and just except that it will have some gaps.

I keept adding mints as far down as they would go on each side.

And here’s my finished peppermint candy wreath. (maybe 45 minutes total. Most of the time was spent unwraping mints)

The candy remains pretty hard, but too long in the humid garage and it started to get sticky.

…and hung it on the lockers in the den.

The plain pine wreath sets it off against the red lockers just nicely. Don’t ‘cha think? 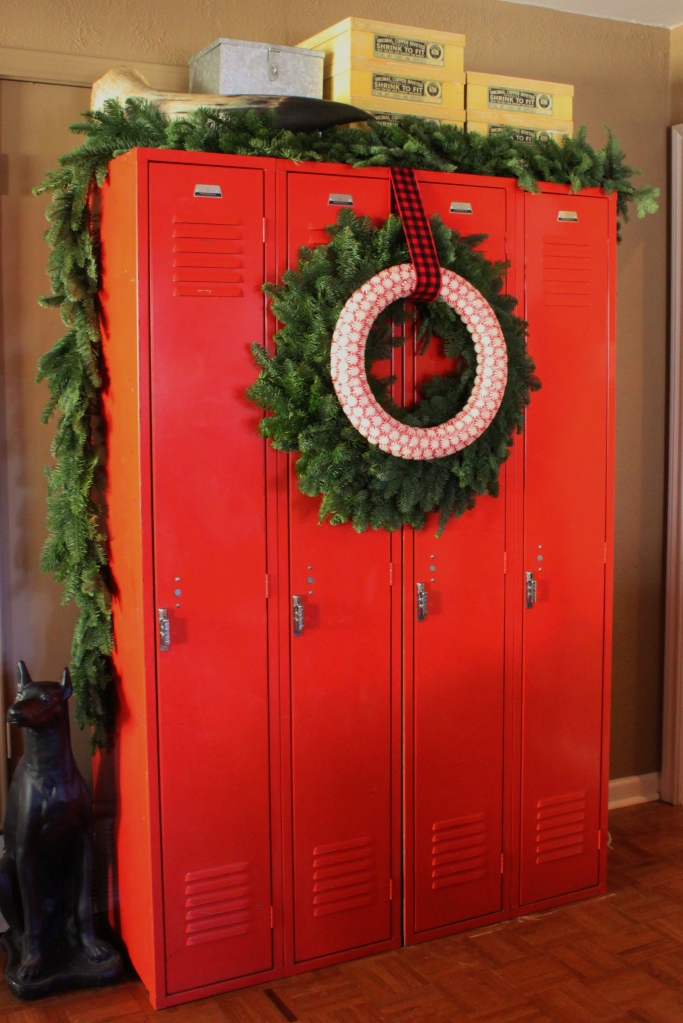 Last year we gave a tutorials for making the pine wreaths and the Garland.

So easy and so cheap. I use the free clippings from the home depot.

What are ya waiting for?