It’s that time of year again…..

Time for the State Fair of Texas… 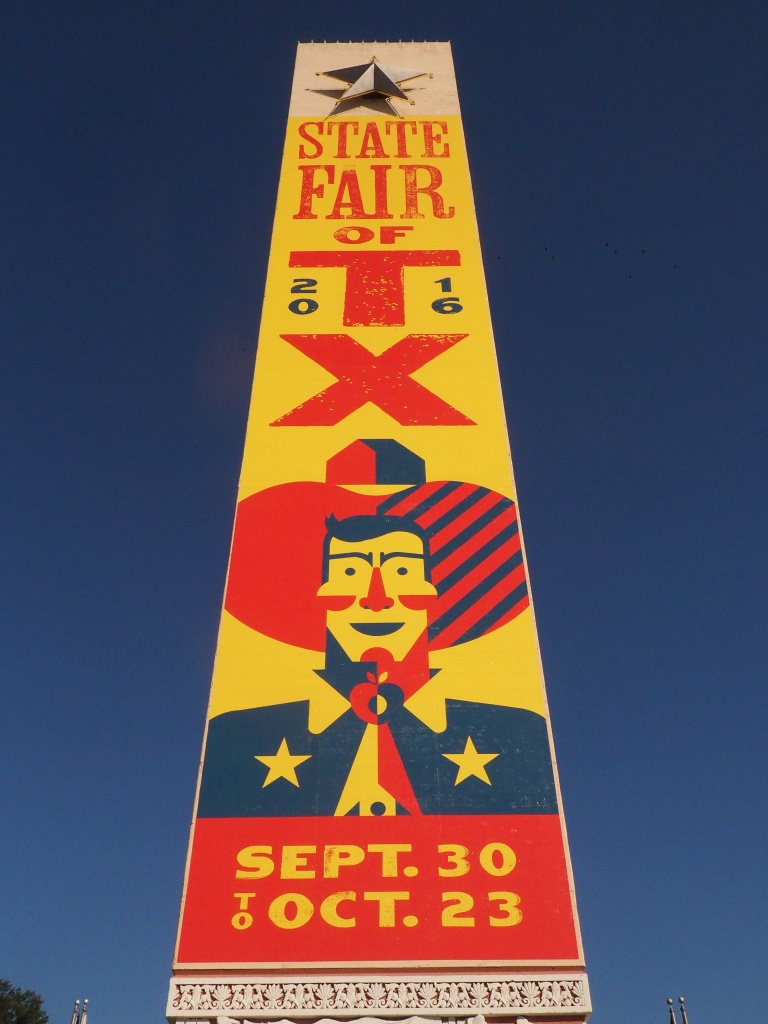 We’ve got some busy traveling schedules this month, but we managed to squeeze in a few hours of fair time….

If you’re looking for a place to drop 9 bucks on some crazy deep-fried shit, the State Fair of Texas is the place to do it.

Like this year’s winner of the Big Tex Choice Awards…..Fried Jell-O 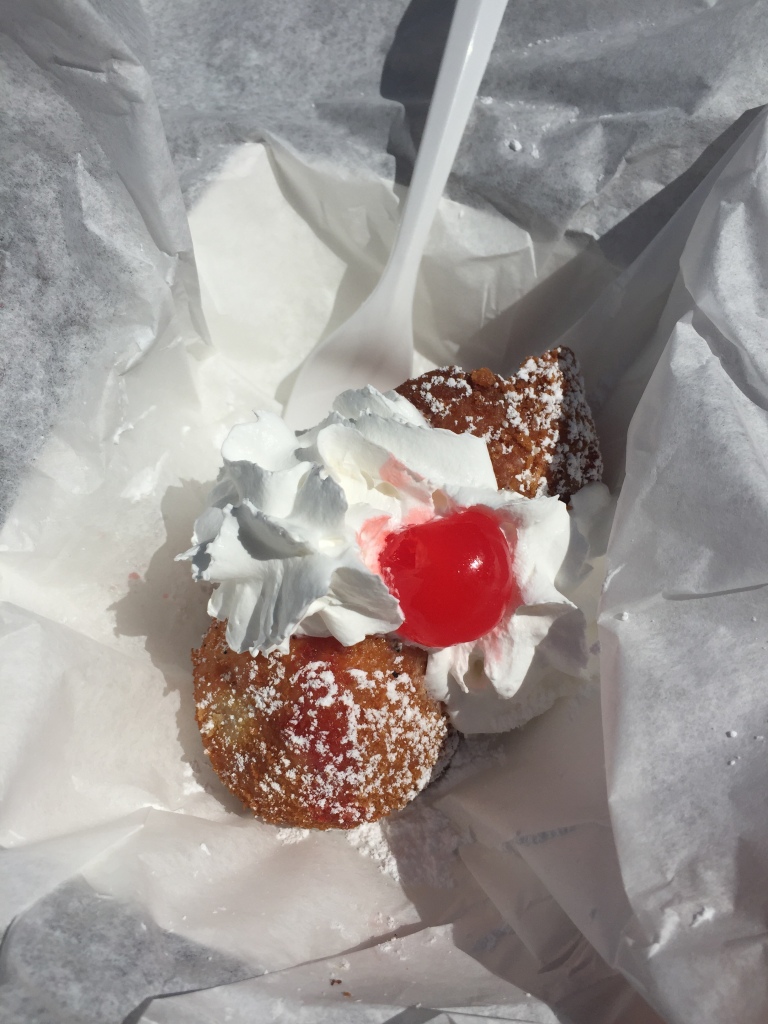 (The cherry was the best-tasting part.)

The winner for Most Creative went to the State Fair Cookie Fries. 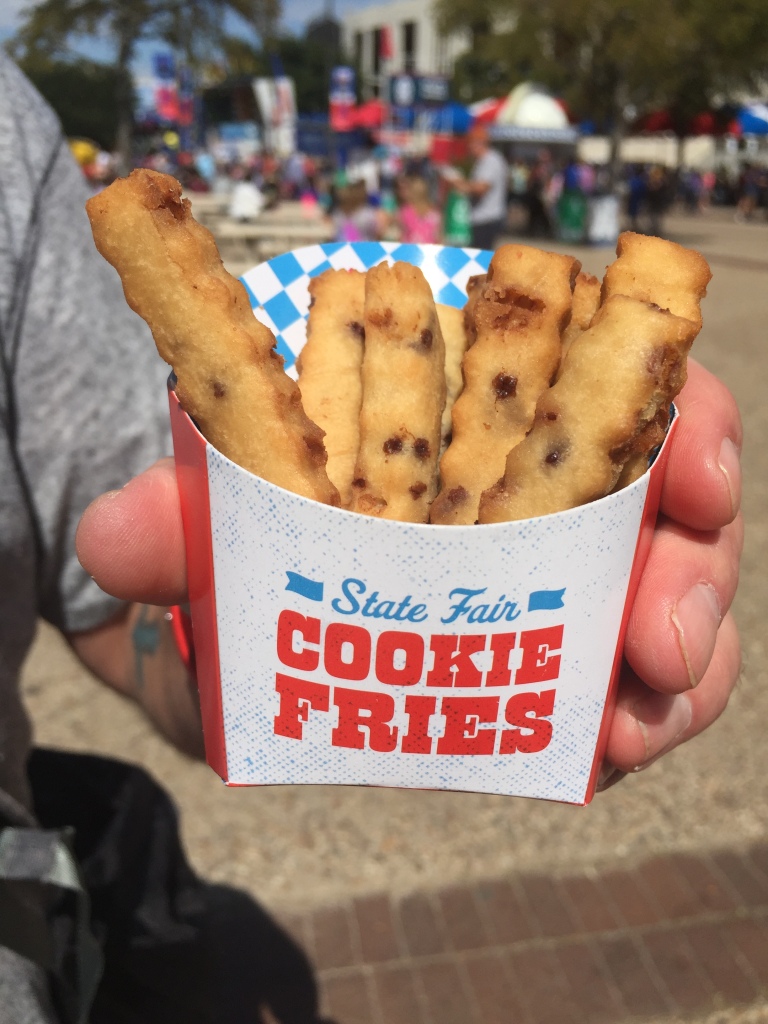 I think the most creative part was the packaging….

I had high hopes for Southern Fried Chicken & Dumplings, 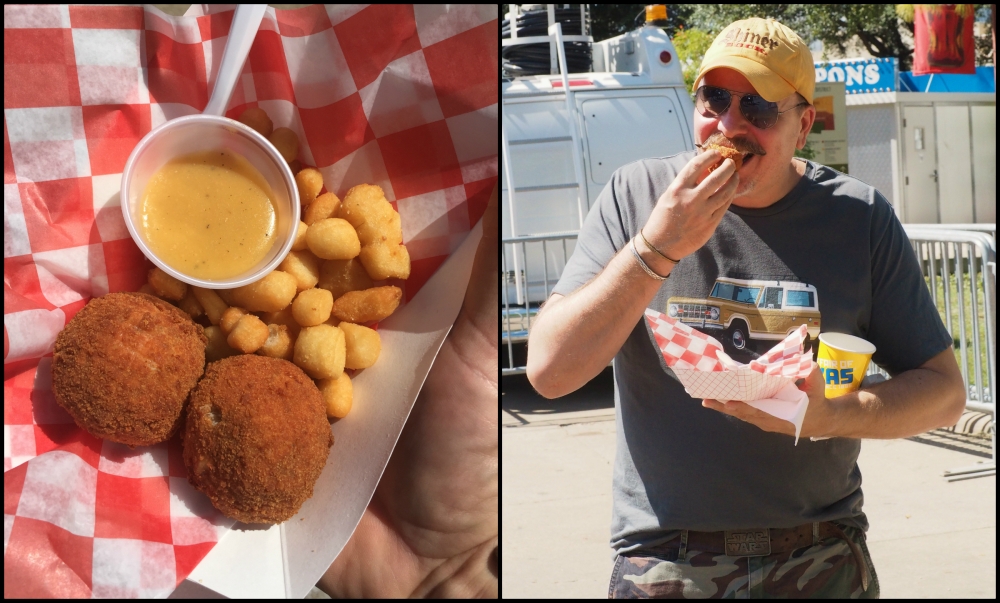 The chicken/cornmeal balls dipped into the gravy anyway.  The dumplings,…..not very good. (sigh)

No worries, because there was plenty of fair to see…..

Here’s a taste of Jamie’s photos. 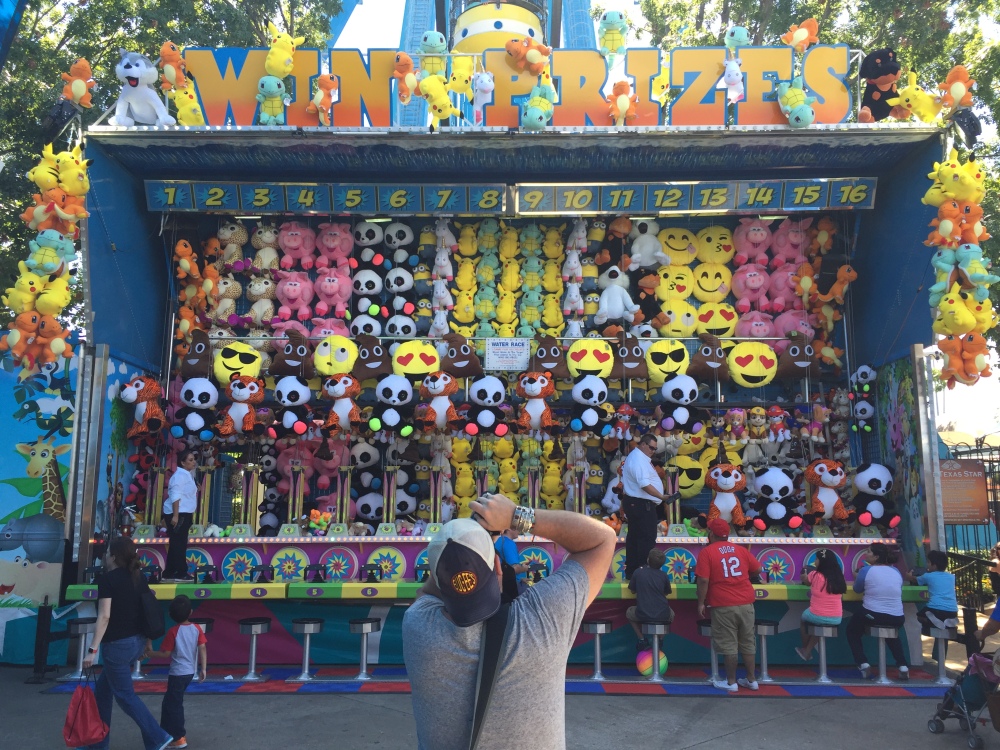 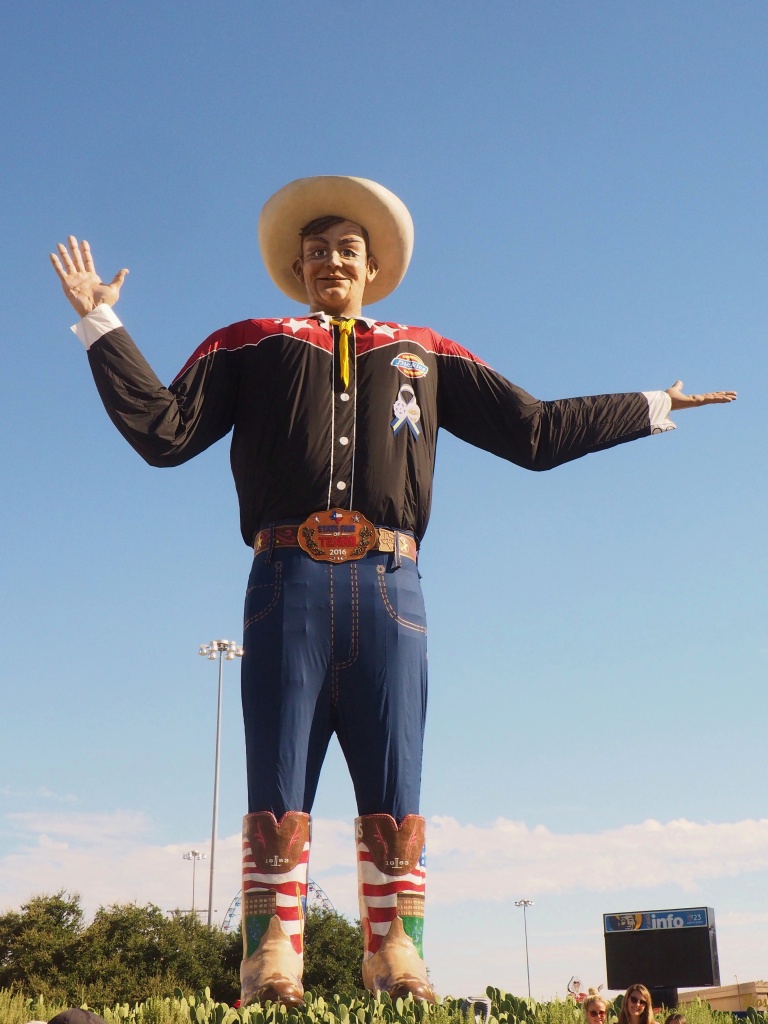 This “little” Big Tex sign used to stand in front of a now-defunct Dallas liquor store.

It was rescued this past year by the State Fair Commission and reconstructed just off the midway.

…..with the rim dipped in cinnamon sugar? 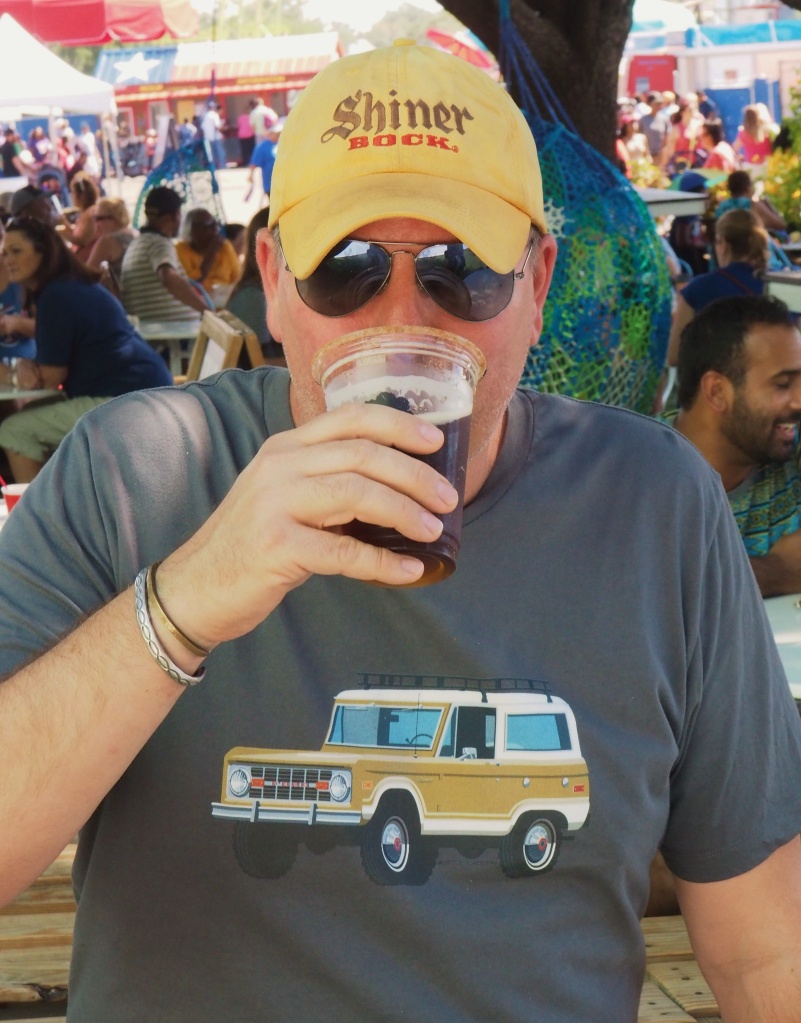 Were still planing on hittin’ the Texas State Fair for dinner one night.