BOO! Did I Scare You?

I’m one of those people who constantly says “I can do it better”.

I started with a big ol’ Funkin. (that’s a foam craft pumpkin). 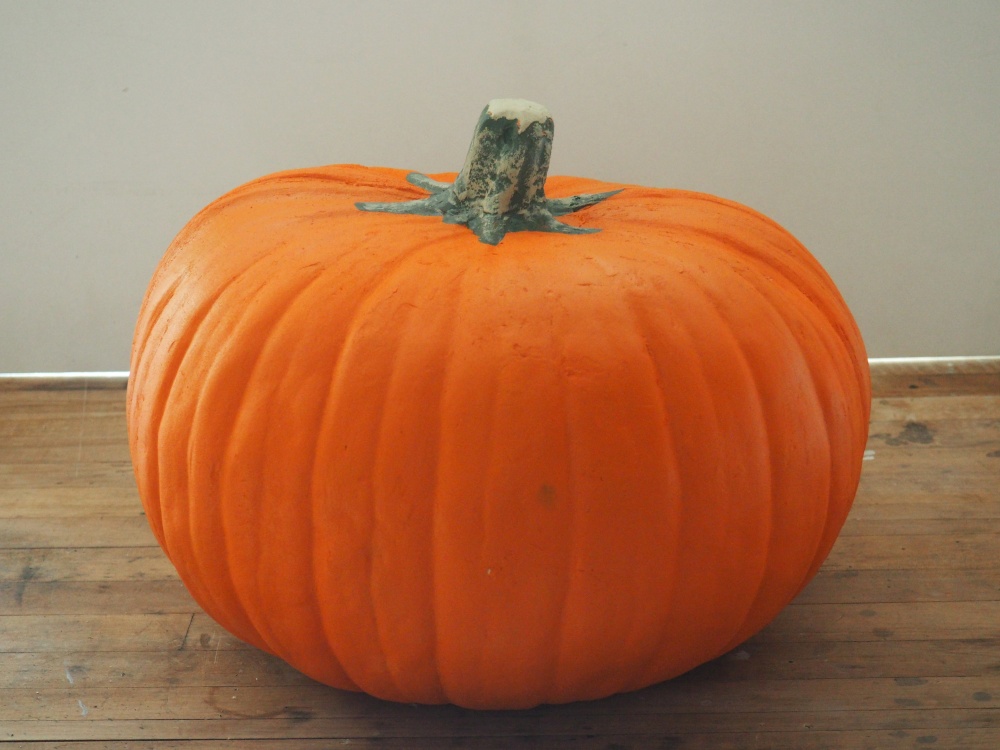 Of course I couldn’t find any at a local craft store in the size I wanted, about 14 inches across, so I had to shop online at Funkins.com.

Still not satisfied with the color  (it’s a little one-dimensional orange) I aged it by washing it over with brown acrylic craft paint mixed with water. The brown settles into all the nooks and crannies nicely….making it look a little more realistic.

When it was good and dry, I set about carving a spooky face in it with a sharp steak knife. I just drew my image first with a pencil.

For a secure base of the ghoul I used an 18 inch round wood table top from the hardware store. I stained it grey to match the concrete patio and screwed a silver 1/2 inch flange to the center.

Into the flange I screwed a 5 foot pipe that I sprayed the bottom 3/4 white with spray primer. (I suppose you could use PVC pipe, but for some reason I had a few extra pieces of steel pipe in the garage.) I want my finished ghoul to look like he’s floating in air.

For the shoulders, I attached a second flange to the center of a scrap 2X4 and twisted this to the top end of my mostly white 5 foot pipe.

I stapled some scrap pieces of chicken wire to each end of the 2X4 to shape into arms.

I picked up these skeleton lawn stakes from the party store…

…and just wired them to the ends of the chicken wire. 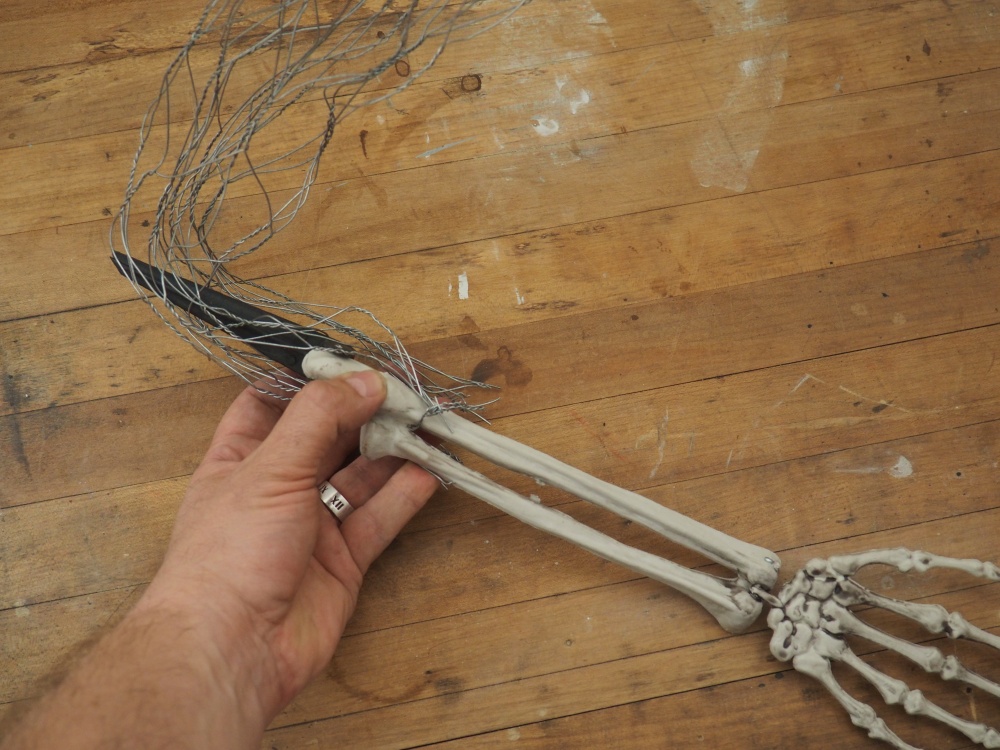 I simply used hot glue to glue my funkin to the center of the 2X4. (Also notice that I used a small piece of wood under the back to ever-so-slightly aim his face downward) 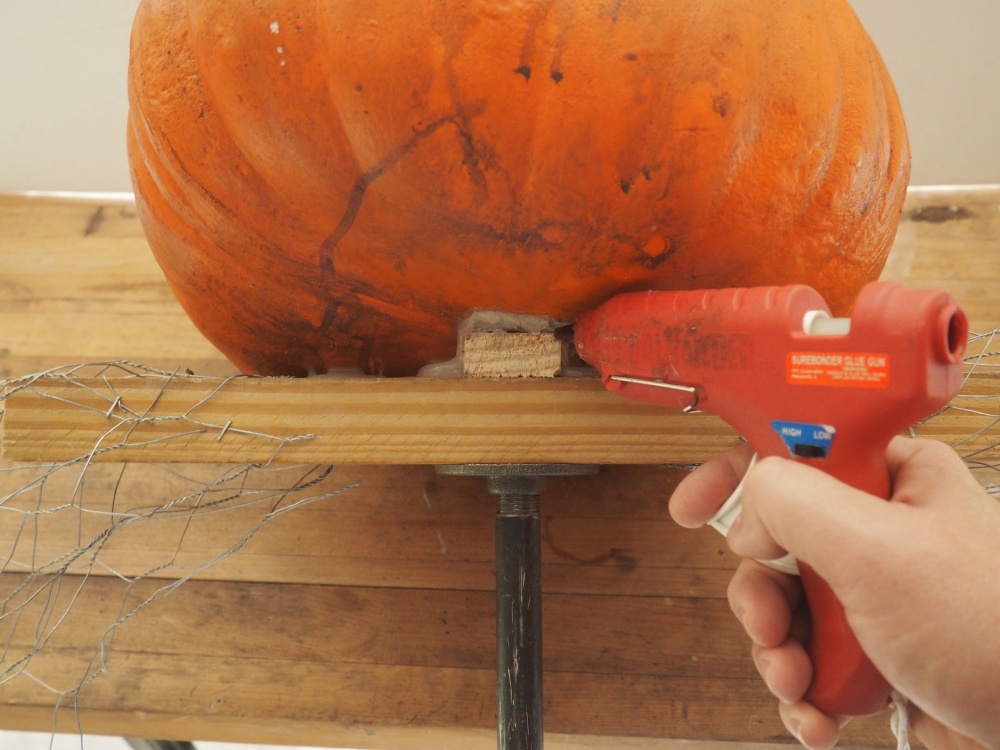 To light my ghoulish face, I wired a chandelier socket to the cut end of a white extension cord…

…and added a 3 watt flicker flame bulb. It doesn’t put off a lot of light…just enough to make for a spooky glow inside the funkin head. 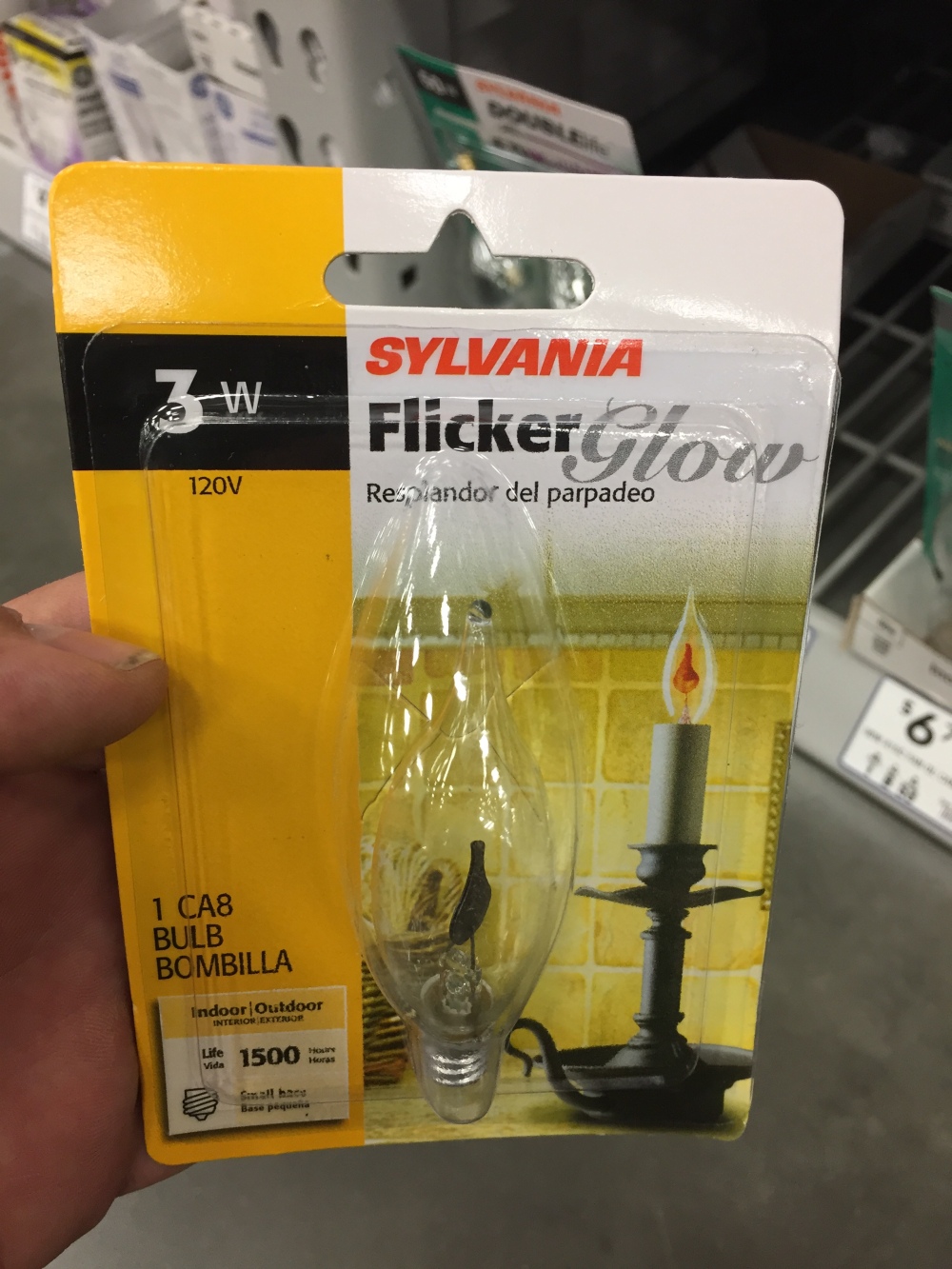 I used a drill with a paddle bit (1 1/4″) to make a hole in the back base of the funkin big enough to push my flicker flame bulb inside.

Just insert the bulb into the hole and use zip strips to attach the cord down the pole.

You’ll need a queen/king sized white sheet. I tore the entire edge off and washed it a few times. I squished it into a ball and let it air dry so it was as wrinkled as possible. I cut a hole in the middle for his face and ties a piece of string around his neck for a little definition. 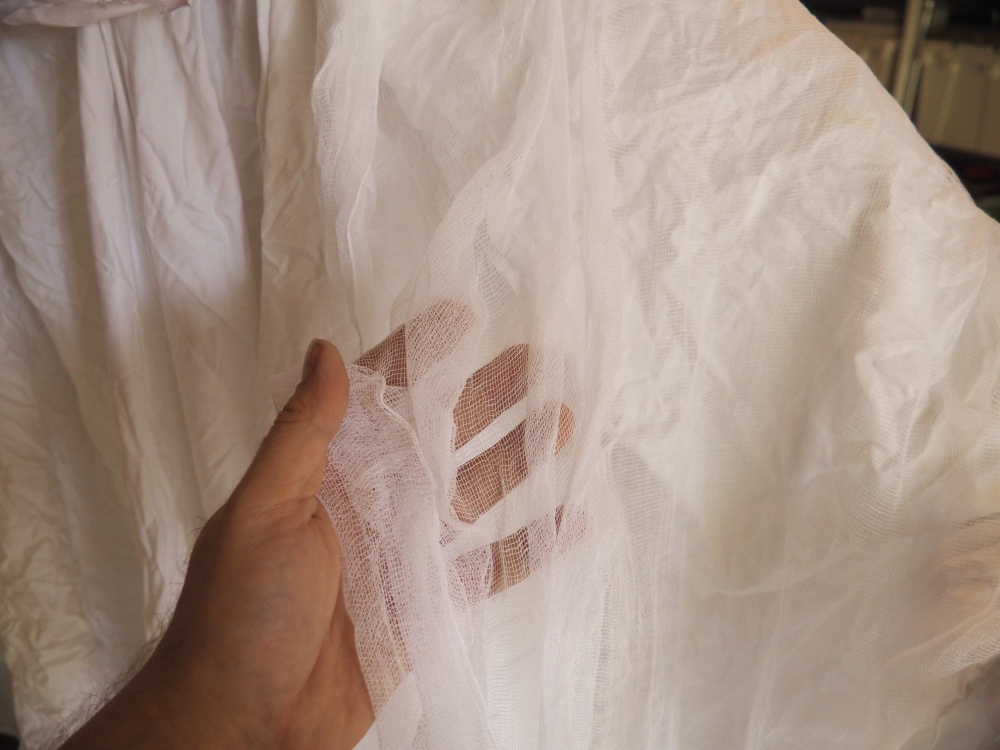 With a pair of  sharp scissors, I cut tears and holes as randomly as I could. I just wanted to be sure there were no straight edges. I don’t think it’s possible to do this wrong….the more tears, the more it will blow “creepily” in the October breeze.

Because he looked so pristine, I filled a spray bottle with diluted coffee and spritzed him as randomly as I could. I love this part…..it smells so good.

To feindish ghoul on our front porch in just an hour….. 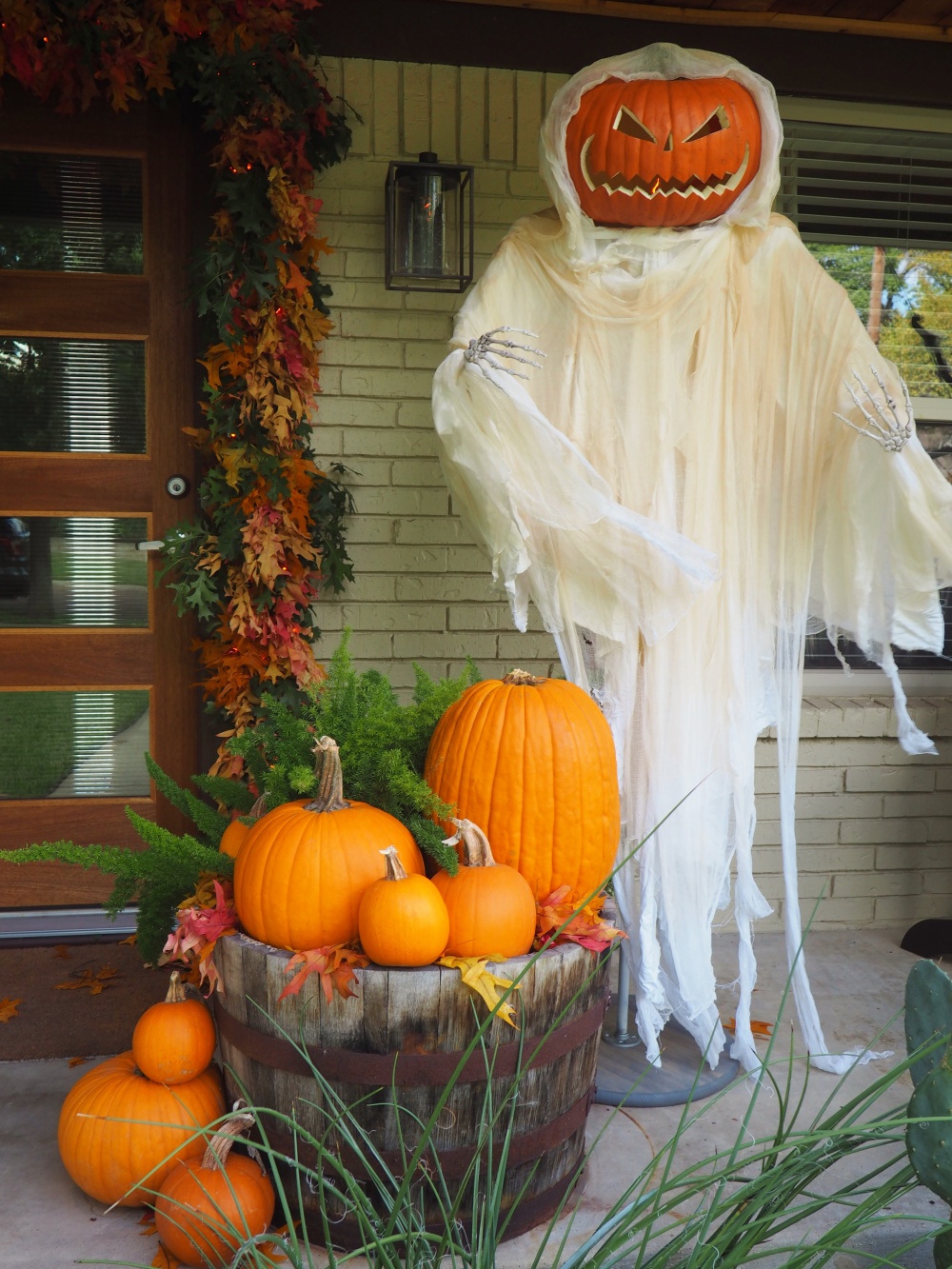 and yeah, I think I did it better.