We binge on holiday movies every December.

I know that Auntie Mame may not be as Christmasy a movie as, say, Die Hard, or Trading Places or even Gremlins, but it’s one of my all time favorites for the holidays. The Christmas scenes are sure to one tug at anyone’s heart.

Rosalind Russell is absolutely radiant as Auntie Mame, Peggy Cass simply steals every scene as Agnes Gooch (even just waddling by in the background), and the apartment……THE APARTMENT!!!! It’s a set designer’s dream job.

Here’s a little trivia. (Because I love this kind of stuff and you should too.) 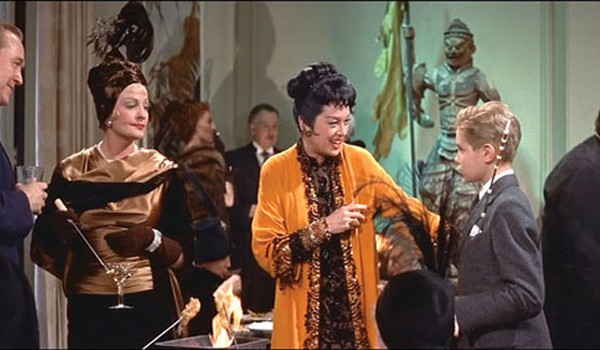 Based on the novel of the same name, by Patrick Dennis, Mame was first introduced to the big screen as written by Jerome Roberts and Robert Edmund Lee.

Patrick, his real name was Edward Everett Tanner III, based the book on his actual Aunt, his father’s sister, Marrion Tanner. Although she never raised Patrick like Mame does in his story, Marrion lived to be almost 100 years old.

Dennis’ work fell out of fashion in the 1970s, and all of his books went out of print. In his later years, he left writing to become a butler, and even worked for Ray Kroc, the CEO of McDonald’s. Although he was at long last using his real name, he was in essence working yet again under a pseudonym; his employers had no idea that their butler, Tanner, was a world-famous author.

Rosalind Russell and Peggy Cass had both been nominated for Tony’s for the stage version and reprised their roles for the film. Although it was Cass who won a Tony – for Best Featured Actress in a Drama. 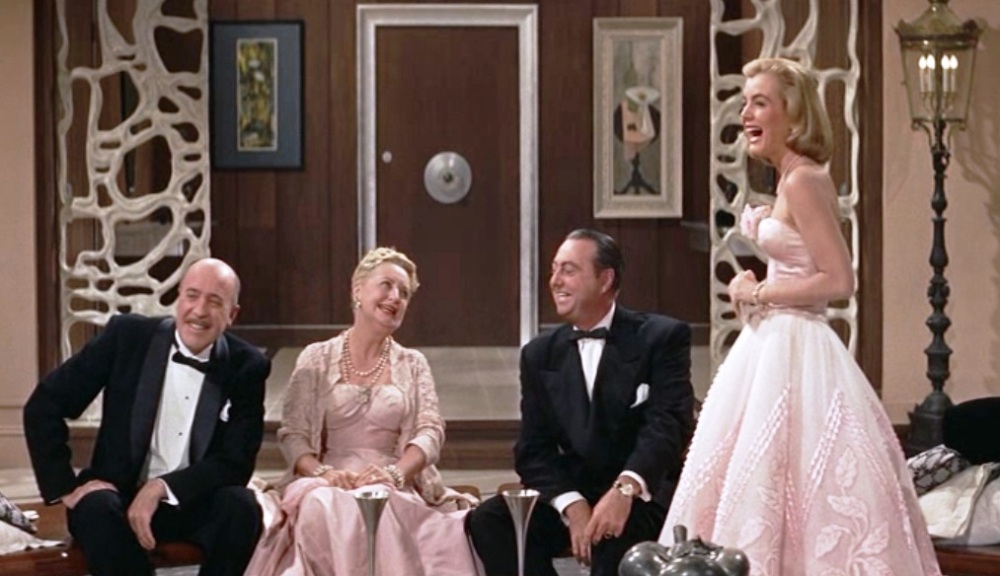 It was the highest grossing film of 1958. The film’s success gave Warner Bros. a healthy boost to its bottom line and helped put Rosalind Russell back on top at the box office.

The movie’s line “Life is a banquet, and most poor suckers are starving to death!” was voted as the #93 movie quote by the American Film Institute (out of 100), even though this line was censored for the film, changing “sons-of-bitches” to “suckers”.

Director Morton DaCosta maintained a theatrical feel to the film’s visual style throughout, including his choice to use the artistic touch of blacking out the set and fading out on Mame’s face, or ass, at the end of each scene.

Coral Browne had her dark brown hair bleached a platinum blond, as to contrast Russell’s brown locks, and it fell out overnight. Costume designer Orry-Kelly improvised a turban, and that’s how the audience gets their introduction to Mama’s dearest frenemy, Vera Charles…….in a Norma Desmond inspired turban.

Mame’s line in French at Macy’s is “Après moi, le déluge” (“After me, the flood”). This quote is attributed to King Louis XV of France and represents a philosophy of living for now when disaster looms in the future. In the movie, it relates to purchasing Christmas gifts on credit so that one doesn’t have to worry about paying for them right away, something that a rich New York socialite would be very comfortable with.

The film spawned a successful Broadway musical “Mame” in 1966, starring Angela Lansbury, with music by Jerry Herman. Russell had been asked to reprise her role, but she declined, saying, “It’s not for me anymore. I’ve done it, I have to move along.”

If you haven’t seen this gem of a movie yet….let this be my Christmas gift to you.