It was agreed that we definitely didn’t NEED any new appliances…..that it was entirely a “want” situation.

Since we had been aiming all our cash towards this kitchen upgrade, we just didn’t have the extra funds for new appliances right now. Maybe in a year or two. 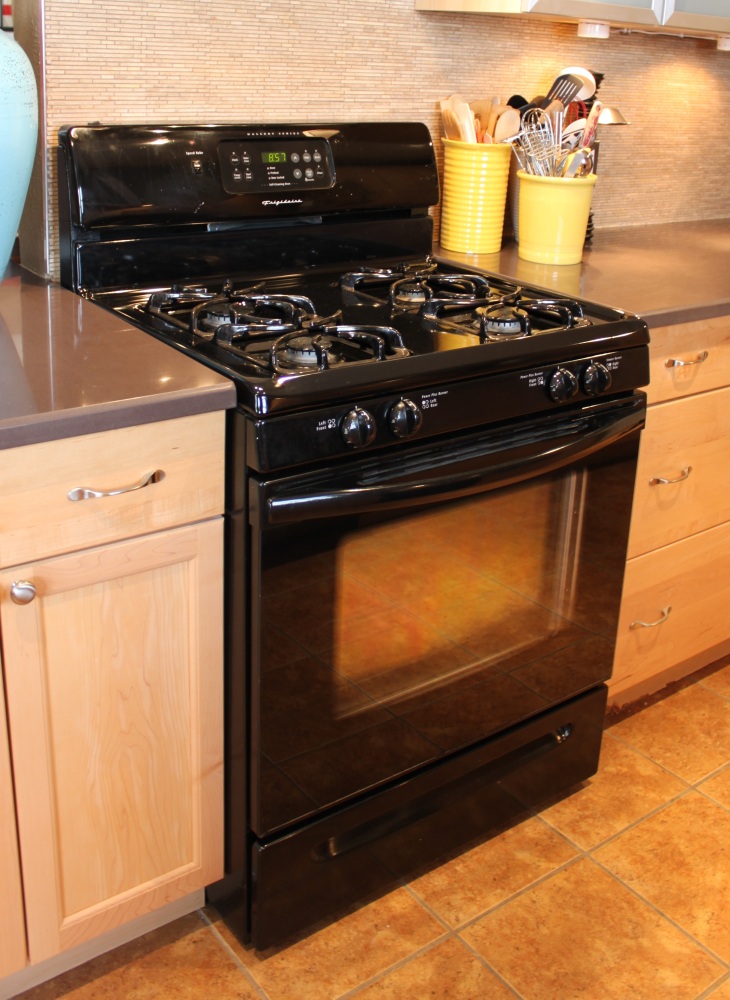 With Jamie out of town, I thought I would surprise him and buy a new stainless range the old-fashioned American way……..on credit. By “Surprise”, I meant that the shiny new range would just be sitting in the kitchen when he returned from his trip….weather he thought we needed a new one or not. It honestly never occurred to me that if I listed him as a credit reference that the store would actually call him.

Of course they did.

So much for the surprise…..

This Samsung range has everything we could need; a convection oven, 5 burners – including a huge one in the middle for making paella (like that will ever happen…but it could), it’s self-cleaning, and most  importantly…It LOOKS cool. All stainless sleekness with a touch of industrial restaurant. And it’s WWWAYYYY cooler than what we have been cooking on/with for over 2 years.

This was the range of our dreams, if Viking had never been created…..or Smeg…….or Meile…..

Actually, this was the “In-Our-Price-Range” of our dreams.

Now for the drama….I’ll try to condense it to bullet points…

Here’s the new range sitting in our living room. Almost made it to the kitchen….

Here’s the new dishwasher also sitting patiently in our garage…

Enter our friend Jimmy, who had the old dishwasher yanked out and the new one connected in about 10 minutes.

The range , after several phone calls, was finally properly connected to the gas line Monday afternoon……

Just look at “The New Hotness”!

“And what became of the “old” black appliances?” you ask. We donated them to Habitat For Humanity….they even picked them up. That was the easiest part.