“And It Begins”, Master Bathroom Demo

Yes, that is what Jamie says every time I order a cocktail with dinner.

But he also says it when I pick up the sledge-hammer.

Like a couple weeks ago when I picked one up….and headed into the master bathroom.

After 5 years, we are finally saying “Goodbye” to our shameful, unused master bathroom.

The off-center sink, the coffin-like shower, the safety bars, the vinyl peel-n-stick floor…..all of it is going back to the studs.

But first we need the proper tools. (Other than just a sledge-hammer)

And the right safety gear……

If you’ve ever had a crap day at work….come home and smash up your bathroom.

I mean it. Put on some safety glasses, grab a sledge-hammer and just go to town.

Luckily, we have a window to throw all the bathroom rubble out of……

Directly into a trash can below.

Which took about 6 minutes to fill.

Somehow, I underestimated the amount of crap that would be coming out.

Jamie called “Bin There, Dump That” in Rockwall and the next day Colter delivered this 10 yard, lime-green beauty directly to our backyard.

……which we promptly filled. (Even purged a little from the garage) 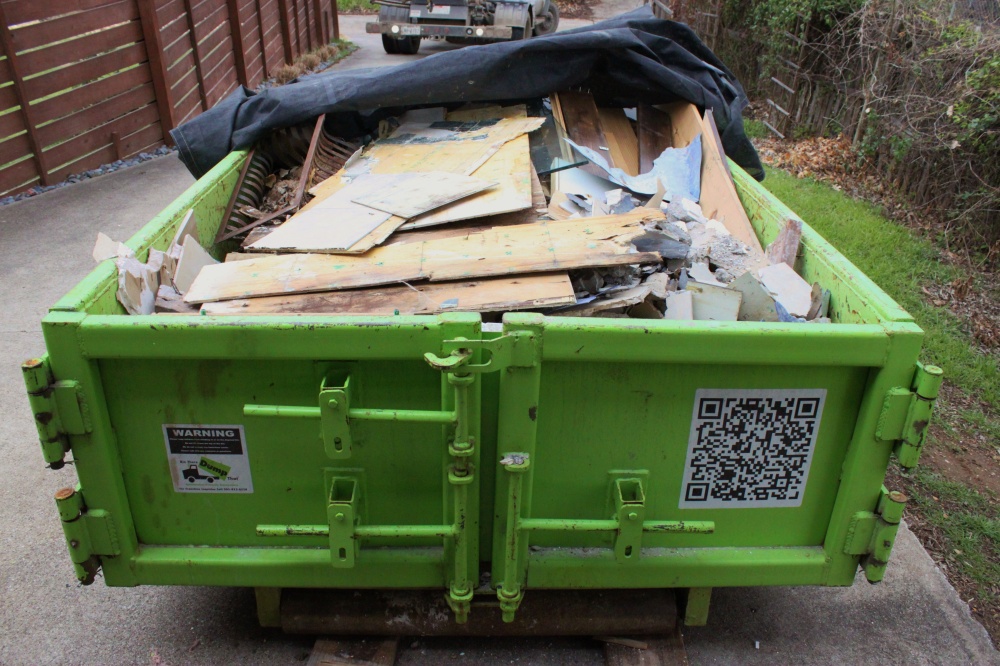 In case you’re doing your own math.

“So what did we leave?” you’re probably asking. Studs, insulation, pipes……….not much else.

Ladies and gentleman, we present to you …..our blank slate. 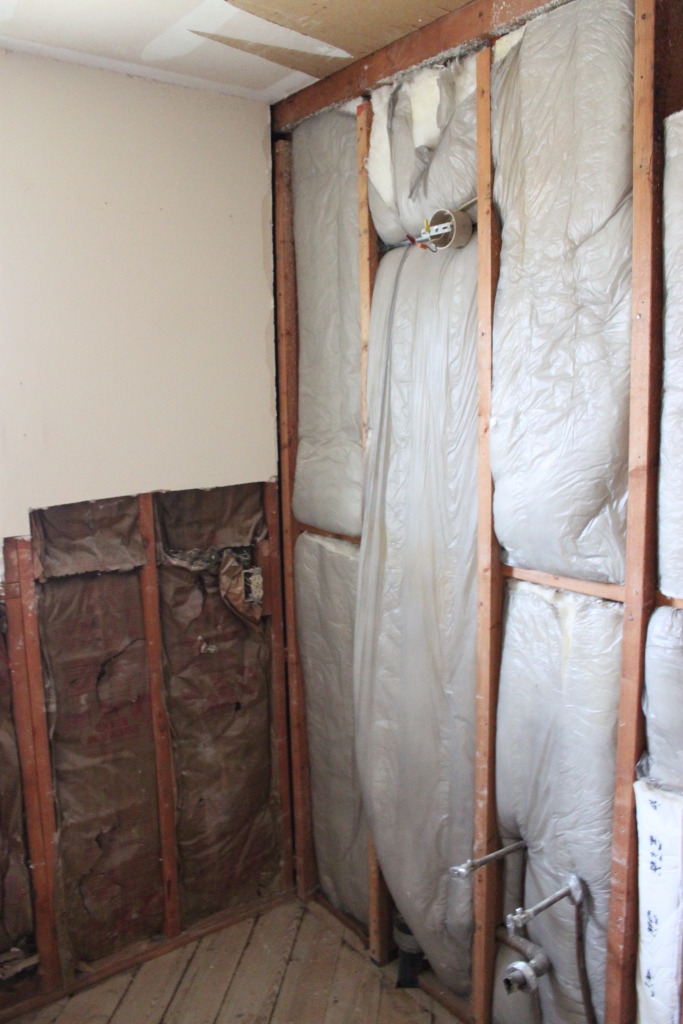 We were a little shocked that there wasn’t a ceiling over the header in the shower. Just direct access to the attic.

We may want to fix that.

And who would have ever thought that under 3 layers of vinyl flooring, 2 layers of rotted sub-floor, and a sheet of tar-paper there would be a workable floor down there?

After 5 years of wanting this, we sort of have a plan of action. (At least a few ideas)

We know that we need walls and ceiling, flooring, lighting, medicine cabinet, a sink, a shower, a toilet (of course)…..and maybe a few decorative elements.

Hopefully, we’ll accomplish all that in the next few weeks.

Stick around, it should be fun.

34 comments on ““And It Begins”, Master Bathroom Demo”